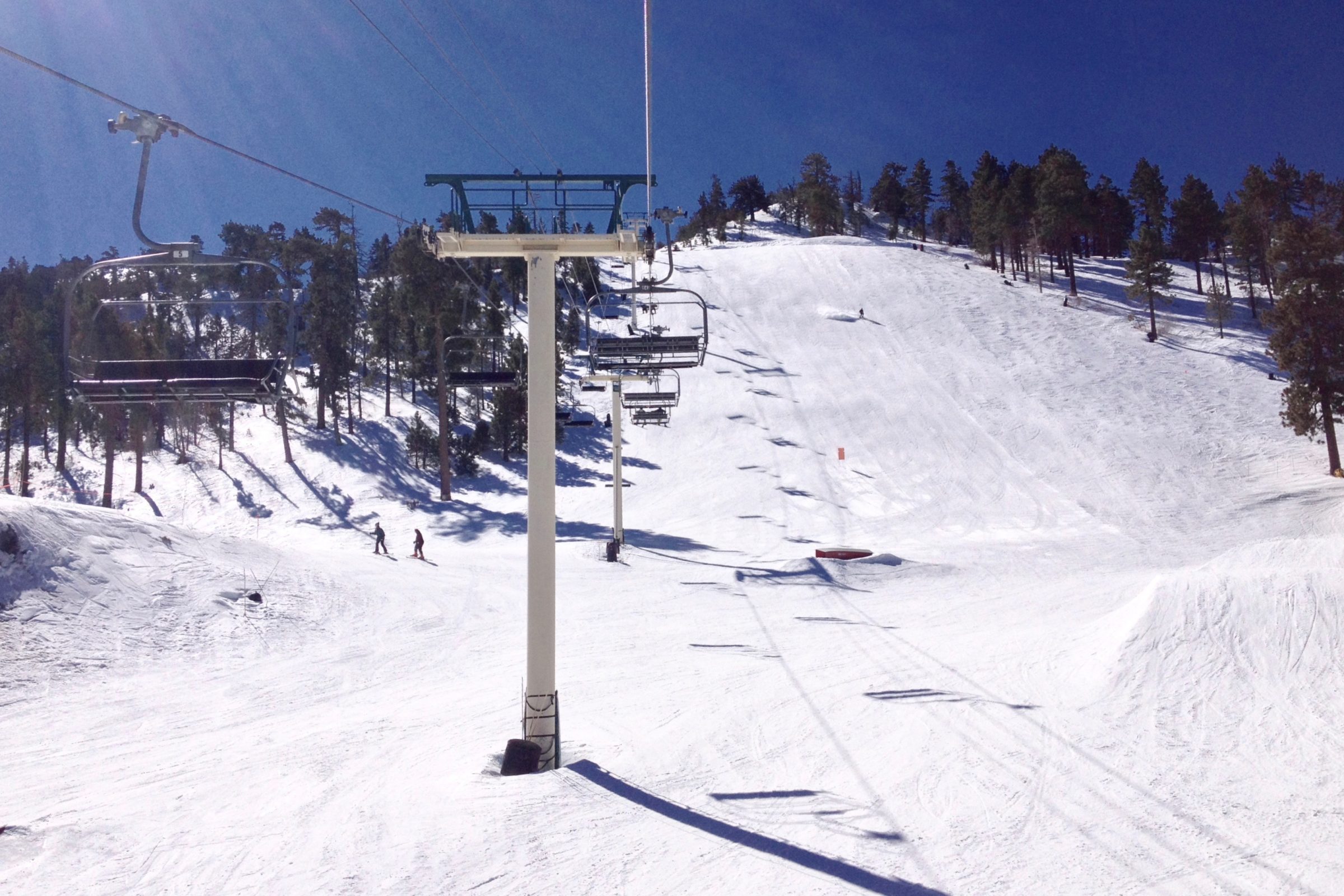 Terror arose from my body as I woke up in a panic. I look around and realized I was in my warm comfy bed. I had not just fallen off a ski lift. My body was not injured laying motionless nor was I dead.
I skied a few times until I went skiing for the last time when I was about fourteen. Ever since then I have not been able to get on another ski lift. The sere panic of thinking what would happen if I went on kept me away from it.
For years I dreamt of carving down the mountains. The joy of feeling like your flying free. On the other scope of that dream I had nightmares about falling on a ski lift. The nightmare won keeping myself from experiencing the thing that I enjoyed so much.

I conquer the fear

Fast forward around thirteen years. I did it!
My sister and I walked with our skis to smallest ski lift. My sister and I click in our skis at the end of the line. Sporadic thoughts raced through my head. Was I really going to achieve my deepest fear? Would the wire break? What if the ski lift got stuck? This is it I said as it was about to be our turn for my sister and I to get on the lift. My heart raced a million miles per hour as I got on the chair. The chair lifted away and off we went in the air. I held on to my sister for dear life afraid to look around. The lift stopped in the air suddenly. Panic arose. The thought what if the ski lift broke replayed in my head! After what felt a couple minutes the ski lift continued on. Before I knew it was time to get off the lift. The ski lift attendant yelled poles up and off I went clumsily getting off barely making it down the hill.
I had did it. I conquered my fear and would be able to live my fantasy of skiing once again.